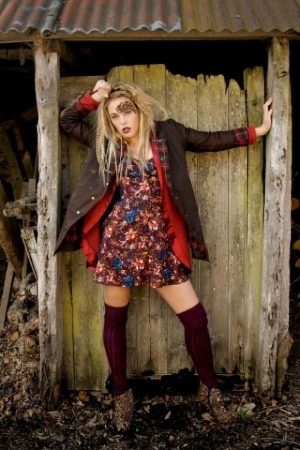 The Henry Hunt fashion label is the brainchild of twenty one year old fashion student Phoebe Garlick from Somerset who aims to inspire a new modern and diverse generation to embrace quintessential English country style that uses the best of British materials and craftsmanship.

A Head for PR offers a bespoke PR service to suit your company needs and budget, we are happy to take on smaller or ad hoc projects such as company launches or press events, to give support where it is needed.

Henry Hunt is a Somerset based country-clothing company, set up to offer quintessential British style to a new generation. www.henryhunt.co.uk

A Head For PR worked with Henry Hunt on a short- term project to launch the company in the regional press and beyond. We secured the front page of the leading monthly glossy magazine Somerset Life, with extensive coverage within this regional lifestyle magazine.

This was followed by a double page spread in the women’s pages of the Western Morning News and a full-page iconic picture of Henry Hunt designer and founder, Phoebe Garlick in the national and influential Country Life Magazine, a key target market for Henry Hunt with a readership of more than three hundred thousand.

Exeter Racecourse has joined forces with Somerset-based clothing company Henry Hunt for the launch of the new season on Thursday, October 7.

A major new up and coming talent in the world of country clothing, Henry Hunt will be showcasing its latest collection at the worlds biggest country sports and outdoor pursuits fair, the CLA Game Fair at Ragley Hall in Warwickshire this weekend (23  25 July).

Hot at HenleyHenry Hunt showcases cool looks for the season

Fashionistas and the country set will be heading for Henry Hunt at Henleys Royal Regatta (30 June - 4 July) to get their fashion fix from an exciting new country clothing company which combines classic British tailoring with a modern twist.