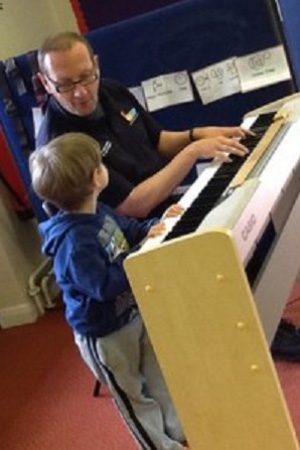 Yeovil Opportunity Group is based at the Balidon Centre on Preston Road, Yeovil and aspires to continue to lead the way in pre-school education for children and families with additional needs after nearly 50 years; Yeovil Opportunity Group was amongst the first of its kind in the country to offer specialist support. It was founded by a paediatrician and a social worker who saw the need for therapy and learning through play and family support for children with special needs, aged 0-5 years.

Where Are They Now? Yeovil Childrens Charity asks for help to find former pupils

Yeovil Opportunity Group has issued an invitation to all families, children, volunteers and fundraisers who have attended or supported this amazing charity run pre-school in the past 45 years to come to a Reunion and Open Day on 23 June to celebrate Senior Key Worker Sue Shaw winning Somerset Lives I Believe Teacher Mentor Award for the whole of Somerset.

Yeovil Opportunity Group staged a Mini Games Marathon on Monday, 4 June in support of champion fundraiser and Royal Navy Officer Scott Jamiesons double Marathon challenge which he will complete when he takes part in the Yeovil Marathon on Sunday, 10 June.

South Somerset has a new Star in its midst as Yeovil volunteer at Yeovil Opportunity Group pre-school, Debbie Fry, proudly accepted the Star Volunteer award from Leonie Girling, Volunteering Officer at Spark*. Members of staff, families and children joined in the celebrations at a picnic held at the YOG headquarters in Yeovil.

Three families from Somerset are joining a campaign to support and publicise a Yeovil organisation which has been helping South Somerset children with a variety of additional needs for almost 50 years.

When Royal Navy Helicopter Engineer Dan Cussans is clocking up the miles as he trains for the Yeovil Marathon on 11 June he has only one clear aim: to raise as much money as possible to support the Yeovil organisation which helped his daughter Josie in her pre-school years.