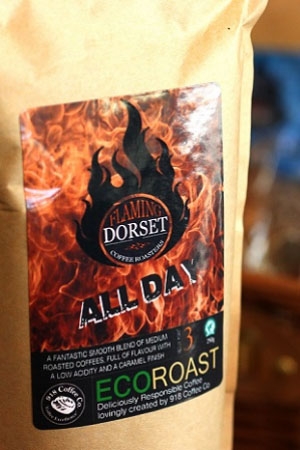 918 Coffee Co is a multi-award winning coffee roasting company formed in 2009 and eco- roasts coffees from around the globe to supply consumers throughout the UK from its roasteries in Dorset.

The business, founded by Justin and Chanel Cornelius, owns its own coffee outlet and understands the importance of high quality suppliers delivering a quality product also enabling them to be reactive to social trends and changes swiftly.

Award-winning 918 Coffee Co and the Eden Project have secured a deal with leading supermarket chain Waitrose that will see all UK stores nationwide featuring 918s Eco-Roast range of coffees. The range will be available in store from March 2016. 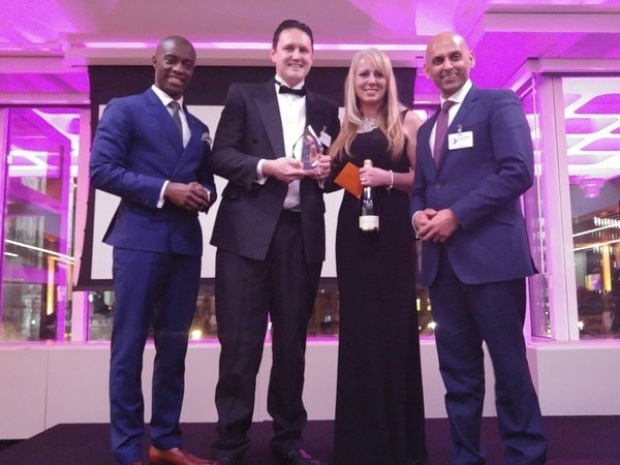 918 Coffee Co won overall Business of the Year in the FSB Worldpay UK Business Awards last night (2 February 2016) at the QE11 Conference Centre in Westminster, London, competing with hundreds of other businesses to achieve this prestigious accolade. The Eco-Roast business also won the Business & Product Innovation category and was Highly Commended in the Ethical  CSR  Green Business Award.

Dorset based 918 Coffee Co looks set to continue its winning streak in 2016 as it reaches the national finals of the FSB Worldpay UK Business Awards in two categories. On 2 February, the innovative Eco Roast Company will join other finalists at the QE11 Conference Centre in Westminster to learn whether it has won in one or both categories: Business and Product Innovation of the Year and Ethical  CSR  Green Business of the Year.

Dorset based 918 Coffee Co was runner up in the World Beverage Innovation Awards with its ground-breaking Coffe-Eco System attracting international recognition in these prestigious awards.

Award winning 918 Coffee Co, a Dorset based coffee roastery, has launched a full range of Eco-Roasted coffees under the brand name of Flaming Dorset. In addition to Eco-Roasting the range is packaged in fully bio-degradable packs which also significantly reduces the carbon footprint of the drink.

An innovative, ground-breaking process has been developed by a Dorset-based coffee roasting business which Eco Roasts coffee beans using the organic waste left over from the roasting and brewing process.