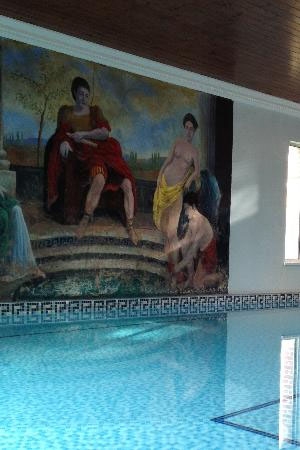 Greenwood Grange’s eco friendly holiday centre has been created within and around buildings built by Thomas Hardy’s father in the nineteenth century. The cottage where Hardy was born is only a few hundred yards away and beautiful Thorncombe Wood borders the idyllic, peaceful Dorset haven. They have transformed these ancient brick, stone and slate barns and outbuildings into luxury accommodation for a dream holiday in this outstanding area of England. At Greenwood Grange, there are 17 cottages which sleep from two to twelve people and its open all year round.

Award winning Greenwood Grange holiday cottages has announced some fabulous deals for early Summer on its luxurious range of high quality accommodation situated within and around buildings built by author Thomas Hardys father in the nineteenth century. www.greenwoodgrange.co.uk Taking around £400 off a weeks stay in its larger cottages sleeping up to eight people and £150 off its smaller cottages, these deals represent fantastic value for money with reductions of over 20% of the usual prices.

From Dinosaur hunters to Thomas Hardy fans, Dorset has something for everyone in March, especially with irresistible deals of more than 15% on offer from the luxury holiday cottage company, Greenwood Grange.

Escape to the countryside this weekend with excellent deals from Dorset based Greenwood Grange which has 16 cottages created within and around buildings built by author Thomas Hardys father in the nineteenth century.