Home > Our Clients > PR for Start-Ups

When you are launching a new business money is especially tight and time is precious. On the other hand, you need to gain vital publicity so your company can quickly gain new customers and orders. That’s why you need A Head For PR’s special Start-Up PR Service.

For a bargain £300 fixed fee A Head For PR will provide a special business launch press release package.

This low-cost service includes everything needed to publicise a new business launch in local media, plus trade and consumer press.

Press Releases for PR for Start-Ups

Dorchester-based owners of the family run Angel Cake Company Nicci Campbell and Emma Hamriding are celebrating after their lemon drizzle cake was crowned Champion in the Sweet Bakery class at Thursdays (14 September) prestigious Taste of the West Product Awards lunch. The cake was up against Gold TOTW winners across all six counties which make up the Taste of the West area

Westlands Entertainment Arena is providing an exciting venue for what promises to be a thrilling evening on Saturday, 16 September when for the first time West Country kick boxing fans will have the opportunity to see Yeovils Martial Arts World Champion, Adam Ridout, fight on his home turf at a premier venue.

Housed in one of the oldest buildings in town, popular Weymouth restaurant Mallams which still boasts its original Tudor beams and stone rubble walls, is serving up a bright new look with new food offerings and a brand new management team. www.mallamsrestaurant.co.uk . Located in a prime position, right on Weymouths historic harbour side, Mallams is now being run by Lauren, daughter of the restaurant owners Steve and Janice Gosson, together with her partner, expert mixologist Christian Lohez.

Taste Brasserie in Dorchester is quickly becoming used to the sweet taste of success as it was recently awarded Silver in the prestigious 2016/17 South West Tourism Awards at a glittering ceremony which took place at Bristols Ashton Gate and saw over 470 people gathered from tourism businesses across the South West.

The County Stores, Taunton, announces it's business as usual but in the long term iconic store will be looking for new tenants

Independent retailer The County Stores, Taunton, has announced its intention to continue trading for the foreseeable future.

Sensei Kire Antoski, owner and chief instructor at Panthers Martial Arts, is celebrating his success in the recent Believe in Somerset Awards where he narrowly missed being named Sports Coach of the Year, losing out to the coach of a ladies football team. However Kire was still pleased at the recognition of his huge achievement in coaching two new World Martial Arts Champions to victory as well as success in coaching five other national title winners in 2016 alone.

Last weekend saw Yeovil become home to two new world champions thanks to the success enjoyed by young Yeovil based Melissa Rogers, aged 8 and a half and Yeovils Adam Ridout, aged 23. The occasion was the World Martial Arts Championships in Manchester at Wright Robinson College. Both champions are pupils at Yeovil based Panthers Martial Arts Academy.

A 43 year old woman who had a double mastectomy as a result of finding she had the BRCA1 gene has been helped by a Somerset based specialist bra fitting service, Orchid Lingerie, which has made her feel like a woman again.

Independent retailer The County Stores, Taunton, once known as the Harrods of the West Country, has today announced a proposal to close its Taunton store in January 2017.

A Dorset couple is bucking the trend for online dating with a new local introductions service that not only provides a friendly and secure service for singles looking for their perfect match, but also does it at a reasonable cost with a special late summer discount of 50% for those wanting to find a partner.

Sunday 5 June was a day to remember for young Yeovil based Melissa Rogers, aged 8, who secured the British Junior Kick Boxing title and qualified to represent Great Britain in the World Championships to be held in October.

To mark the start of Coeliac Awareness Week, the award winning Gluten Free Centre has introduced a scheme that rewards restaurants, cafés and hotels, shops and take-aways with a special window sticker to demonstrate positive reviews from the Gluten Free community.

Distance is not an issue for former naval officer Richard Elkington who, while working temporarily in Ottawa, Canada, is training for the Ironman World Championships and being mentored by experienced Dorset-based Sports-Injury consultant Suzanne Norton from Back2Back Complementary Healthcare.

Weymouth visitor attraction Sandworld was delighted to win a Bronze Award from the Dorset Tourism Awards in the fiercely contested Best Visitor Attraction category. The Sandworld team collected the Award at the prestigious ceremony held last night (24 Oct) at Bovington Tank Museum, and attended by many prominent tourism businesses from Dorset. Sandworld opened in 2011, and is run by Weymouth Sandman Mark Anderson and fellow Yeovil based sand sculptor David Hicks. The unique attraction beat off stiff competition from other major contenders to win the Bronze Award.

Weymouth based Budmouth College has given the job of helping students find out more about apprenticeships to the Aspire Training Team. This is a new service offered by the College to help students who are following advice from the Government and seeking apprenticeships that will enable them to earn while they learn and achieve practical skills through on the job training. Budmouth College is one of the very first colleges in the UK to offer this service and the College Careers team which works alongside the Centre of Excellence for Industrial Liaison (CEIL) will work closely with Aspire.

Individuals in Sedgemoor and the surrounding area who are looking to set up a business or become self-employed will now be able to benefit from 1-1 support thanks to Somerset Business Agency which is part of the latest Enterprise and Self Employment Project funded by EDF Energy and supported by Sedgemoor District Council. 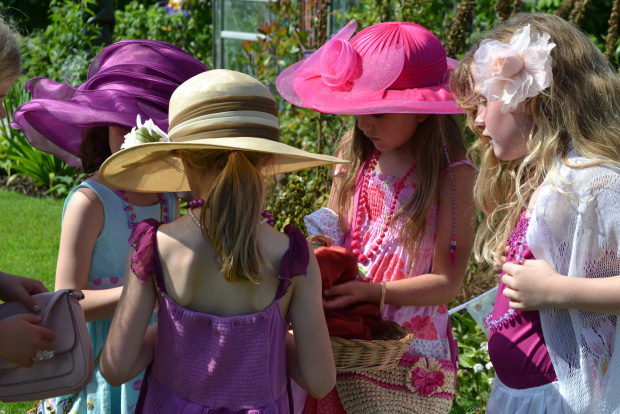 A new product aimed at busy parents faced with organising a childrens party is now available from Wiltshire based online business The Boxed Party Company.

Somerset Business Agency (SBA) has secured funding from EDF Energy for an innovative Self Employment and Enterprise project run in conjunction with Sedgemoor District Council.

To celebrate the addition of a new daily chiropractic service at the Yeovil based Resolution Treatment Centre, Yeovil Chiropractic @ Resolution is offering a free screening service throughout December.

Bruton School for Girls was named a Cultural Champion on Friday (30 November) by Arts & Business  the Government-funded organisation set up to foster partnerships between the UKs cultural and private sectors. The award recognises the Schools outstanding contribution to the arts and its involvement in the 2012 Somerset Art Weeks.

A new business has been launched in the South West offering all the fun and health benefits of cycling - without the effort.

Why Tracy is vocal about buying local

For video producer Tracy Thomas the heavenly, homemade Raspberry and Chocolate jam did it.

Muddy Carrot, the newly launched website that champions locally sourced items throughout the UK, is helping businesses market their own quality products with a one-off special offer.