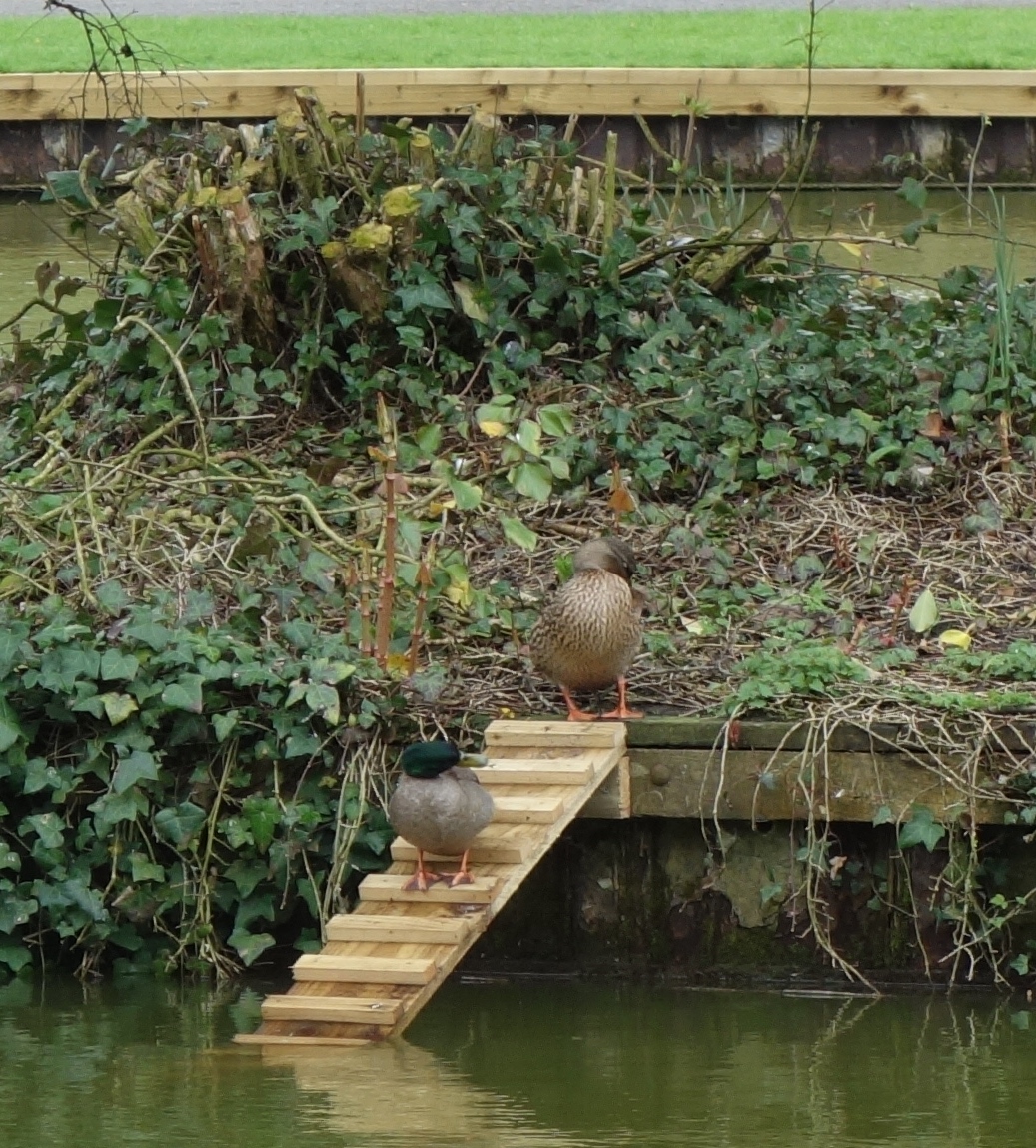 Although Warminster Town Council cannot really claim responsibility for all the recent rain so beloved of ducks, it is clear that the ducks in the award winning Lake Pleasure Grounds have nothing to complain about with the Council’s provision of ramps to the two islands and the bank on the left side of the lake.

The ramps are there to aid the newly hatched ducklings who venture onto the lake but often struggle to get off again and become easy prey for gulls and heron. Warminster Fencing, a local business that has carried out a lot of work around the lake, offered to install the ramps free of charge.

Stuart Legg from Warminster Town Council said, “In previous years we were lucky if just one duckling fledged successfully. Last year we took the decision to install the ramps and saw a significant improvement.“

Before work was carried out on the Park there could be a gap between the water level and the kerb of the lake of around two feet. The ramps allow ducks of all ages to enter and exit the pool easily. The Council has also introduced tubing on the islands giving the ducks somewhere to hide away from predators.

This year with the improvements to the lake, the Council is hoping to see an average of three to four successful broods, with around half a dozen ducklings in each brood.
Thanks to the actions taken by the Council, visitors and residents will be able to enjoy the different varieties of birds in the area including mallards, visiting Canada geese and the resident swans.