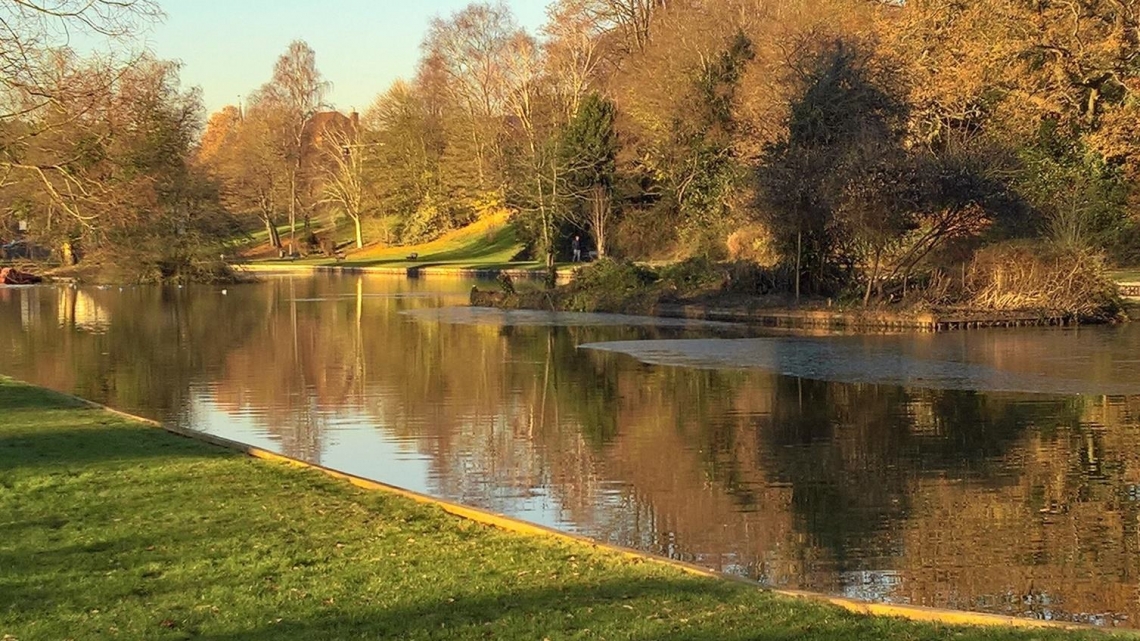 The Tree Trail is full of interesting facts about the 18 different species of tree that grow in the Lake Pleasure Grounds. Warminster Town Clerk, Fiona Fox, said, “We are indebted to Harriet James, who has lived and worked in Warminster for 15 years. Harriet has a life-long interest in natural history and realised what a rich and special habitat we have in the Park and in the neighbouring reserve which leads on down to the river Wylye. She researched and wrote the Tree Trail for Warminster Town Council. It is packed full of fascinating facts about the flora and fauna in the park and will be a great asset for anyone who wants to get out into the fresh air and learn more about the trees and wildlife that thrive in this area.”

In Tolkien’s Lord of the Rings, the trees started walking and it is true that in the case of rare Dawn Redwoods, trees do have knees. The Tree Trail takes you past a row of three Dawn Redwoods right by the water. These are rare deciduous conifers like the Swamp Cypresses (also on the Tree Trail), which are their closest living relatives. They come from central China and were only identified and named by two pioneering Chinese botanists in the 1940s. Seeds were then distributed throughout North America and Europe. Before that Dawn Redwoods were only known through fossils up to 100 million years old. How they came to be planted in the park is something of a mystery and anyone who has any information about this should get in touch.

Dawn Redwoods can grow to 60m tall. Their cones and leaves are similar to the Swamp Cypress and the leaves turn a reddish brown before falling. The roots have ‘knees’ which can grow out of the water and heave up paths. In the wild, the Dawn Redwood is now restricted to just a few scattered places in China. The species is classified by the International Union for the Conservation of Nature as endangered because of intensive rice cultivation.
The Tree Trail also provides an opportunity to get acquainted with many native British species, including English Oak, Elm, Common Beech, Alder and White Willow, as well as giving information on the small mammals, birds and insects that form part of the fascinating eco-system in the Lake Pleasure Grounds.

Copies of the Tree Trail booklet will be available at the Pavilion Café, the Warminster Civic Centre and the library.